for my Lord Anpu

Hail Anpu Dweller In The Duat! This blog is dedicated to Anubis also known as Anpu. It will include my personal UPG … unverified personal Gnostics as well as poetry, Insights and stories. I welcome the UPG and comments of others as long as the tone is respectful to The God, myself and others who share their experiences of Lord Anpu. Disrespectful comments will be deleted.

About the Duat … pure UPG here but this is what He lets me know about the nature of the Duat.  It is His own creation.  He constructed the Duat and ruled it ages before the Egyptians came into existence.  The Duat is vast.  It is a system if corridors between all the dimensions that exist around this earth. 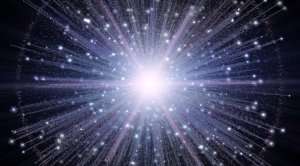 He tells me that surrounding our world are an infante number of threads that lead to and/or contain the realms of every Deity and Pantheon that exists with regards to the earth.

Within the Duat He has created worlds where he houses his servants, children and pets.  His servants are legion … I could not begin to express the numbers.  His servants are taken not only from this solid 3 dimensional world we know but also from many other versions of this world.  His servants all have one thing in common.  An intense love for and loyalty to Him.  Anubis has no slaves.  Every one of His servants belongs to him because they want to.  For those who dwell in one of his realms freedom if wished for is instantly granted.  He will send you to any reality, any other Deity you wish. No punishment, no repercussions. Again don’t make the mistake of thinking you can kill yourself and insure your place in any realm you wish … If you do you will most likely end up right back here in this heavy 3D world where you will have to face and deal with whatever it was that you failed to deal with when you checked out early.  Some times the challenges in our lives are terribly difficult and painful.  Ask Him for help.  He may send you elsewhere for that help know that this is in your best interests.  When you see another suffering offer your own assistance … kind words, a hug, a meal, whatever you can offer to ease the suffering of another .. This is a grater offering to Anpu than the most elaborate of shrines, insenses, beers and foods.  You need no money to serve him well only an open and loving heart. In some few cases, at the end of life, He is OK with euthenasia – but I do not recommend that anyone assist with this at this time.  To be done correctly you need to have a great deal of medical, psychological and spiritual knowledge.  You must also live in a country where it is leagel.  Volunteer at hospice if you feel called to help others make a peaceful crossing.

Now Anubis is not a jealous God and he knows .. Well just about every Deity known to humanity plus countless more that we know nothing of.  He tends to do something that as a devotee you may not like.  He will send you to other Gods and Goddesses.  And than He will drop  out of your life for weeks, months or even years. He does not do this to be cruel he does this for several reasons.  So that you can learn and grow as a human being, so that you will be aware of your choices … you may wish to remain with the God or Goddess he sent you to. I do believe in a Deity centered approach to spirituality but I also believe that our Deities have a vested interest in improving us … And they will at times send us to others in the interest of accelerating our spiritual evolution.  If this happens go where you are sent with an opened and willing heart.  I still honor some of the Gods and Goddesses that He sent me too.  Others I no longer have contact with.  This is OK. As humans we may honor, serve and learn from may beings who are more advanced than we are.  Not every Deity or other higher being will want you to continue contact with them.  Just remember to always be respectful and to always thank your teachers.  Your conduct reflects on your Lord and you owe it to him to do your best.

As always I am not a writer or a teacher.  This is based on my own experiences.